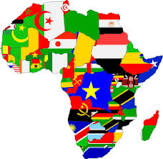 If Pan-Africanism were a company that was about to go public would you invest? If you were a seasoned investor you would properly research the background of the company and its performance history and gather enough information to determine its trajectory for future earnings. What would the research tell us about the track record of the Pan-African movement and primarily the impending fruit it will bear? Pan-Africanism is “the belief that African people share common cultural and racial bonds as well as objectives. Therefore, there was a need to unite to achieve these objectives” [1] which in its infancy between the late nineteenth and early twentieth centuries, produced discourses which led to action toward addressing the crucial issues of the day such as the eradication of the vestiges of slavery, dismantling of colonialism and the promotion of independence. Since then African elites have sought to embark on fostering political and economic integration through the establishment of regional organizations like Economic Community of West African States (ECOWAS), East Africa Economic Community (EAEC) and Southern African Development Community (SADC).  In 1963 The Organization of African Unity (In 2002 OAU became the Africa Union) was established to carry forth the colossal task of developing a continental government system where power is centralized for 54 sovereign states, soon to be 55 after the process of succession of southern Sudan is complete accompanied by a bewildering array of heterogeneous ethnic, cultural, and religious groups where over 2,000 languages are spoken.

Once again Africa finds itself en vogue. Foreign countries are seeking to establish new economic and diplomatic ties or re-establish them across the continent. The flurry of economic activity is marked by China’s growing economy and need for raw materials and food security. China has been criticised by the West for providing aide and loans without conditions attached, such as adherence to human rights, governance transparency etc.  This criticism maybe seen as the saying goes, “throwing stones while living in a glasshouse.” During the Cold War when the United States and the Soviet Union were competing for material and Ideological interest, U.S. aid was given to President of Zaire Mobutu Sesse Seko despite his poor human rights record under what could be considered the premise of “mutual interest.”[2] African elites were never passive players during the Cold War subjected to the demands of either camp and nor are they now during this new phase of material interest by foreign countries. They understood the interest of all stakeholders and knew how to tip the scales in their favor. Africa has what China wants which is oil, arable land and other resources while China has the ability to enhance Africa’s crumbling infrastructure such as building roads, rehabilitating railways and building schools. Moreover, Africa can take stock in China’s meteoric economic rise, which can in many ways be credited to its commitment to its cultural values regarding labour. “The Chinese don’t boast about their exploits or the ability to produce goods faster than other countries spend talking about it. Their speed at getting a product to the market is the envy of the so-called free world. The Chinese do not celebrate spectacular successes. It’s part of their life and their survival as a big player on the world stage.”[3] I am not suggesting Africa adopt labor traditions like China, because Africa is not China and it has its own from which it can pull from to rightfully develop its economy. The recent formation of the African Union Authority that will replace the existing AU Commission whose aim is to eventually bring into fruition the United States of Africa speaks to the incessant demand to reframe existing political and economic structures for new ones that will be able to meet the needs and challenges of those on the continent and to strengthen its bargaining power within the international system.

Embarking on an endeavour where all power is centralized will mean that African elites will have to concede varying degrees of power. This will not be an easy task where the modern political culture often dictates that once elected through the ballot or seize through a coup it’s for life.  Once in power state coffers are treated like personal bank accounts and retirement funds plundered at their leisure. General Sani Abacha, was the President of Nigeria between 1993-1998. In that time it is estimated he, his family and close associates, managed to steal between $3 billion and $5 billion from the Nigerian people.[4] Current dictator of Equatorial Guinea Tedoro Obiang Nguema has amassed a fortune through same means. According to the SEC, in 2004 a total of $700 million was transferred to the benefit of Obiang and his relatives, from oil companies Exxon Mobil Corp., Amerada Hess Corp., ChevronTexaco, Devon Energy Corp. and Marathon Oil Corp.[5] In addition to stealing public funds President Obiang has an abysmal human rights record where the poor lack access to basic health services and critics and activist are vulnerable to intimidation, harassment, and reprisals.[6] Despite his track record President Obiang was elected chairman of the A.U., which devalues the credibility and serious attempt of developing a unified African system in the eyes of the international community and more importantly in the eyes of Africans themselves.

Secondly, since decolonization, African states have been plagued by deep-rooted ethnic conflict over access to resources and political power. The inherited borders and political and economic frameworks from the former colonial powers produced weak, insecure states at the time of independence. The failure to develop and secure cohesion amongst citizens under a national identity during colonialism has served as the foundation for ethnic conflict in post-colonial Africa. For example, under the British policy of divide and rule in Uganda the colonial administration purposefully provided the southern Bantu speaking people with economic and education advantages. Meanwhile in the north the Acholi and Langi ethnic groups were recruited for military and police positions, thereby ascribing particular talents and proclivities thus wedding ethnic groups to socio-political and economic status.[7] This laid the groundwork for conflict and civil unrest, which continues till this day. We find a similar construction in Rwanda where the Belgian entrenched the idea of the Hutu’s as labourers and the Tutsi’s as extenders of Belgian rule. The politicization of these two groups would greatly contribute to the Rwandan genocide of 1994. African elites have also played a huge role in the continuation of ethnic tensions. Their exercise of patron client relationships based on ethnic identity made resources scarce for others, as well as their contempt and ability to incite fear in other ethnic groups who appear to challenge their power base. So the question is, if the current political structures inherited by African states from their ex colonialist European rulers are not equipped to effectively manage their diverse ethnic societies and meet the socio-economic needs then what can African elites expect if they continue adopting foreign frameworks to govern themselves? Will the proposed United States of Africa mirror the United States of America, European Union or some other structure that is not tailored to the ethnic reality on the ground?

It may be a blessing that the chairman’s seat of the African Union is only a one year term, given the current despotic incumbent President Obiang. In a progressive move the AU created the African Union Authority for the purposes of moving forward on plans for the socio-economic integration of the continent despite the absence of Libyan leader Colonel Muammar Gaddafi who breathed life back into it back in 2007. The African continent is endowed with an abundance of natural resources which includes oil and natural gas states like Nigeria, Angola, Mozambique and Sudan. However,  instead of the people benefiting from them as source of real development, are victims of malevolent public management on the part of local authorities and exploitation on the part of foreign powers.  This systemic condition is what contributes to African states as being weak. I think for the African continent to benefit from tenets of  Pan-Africanism carried forth by the AU in its quest to socio-economically integrate the continent,  must curb behavior that continuously reduces its mission to lofty speeches that produce empty promises by leaders whose track records have proven to be the antithesis of its values.

[1] Ayittey, George B.N. The United States of Africa: A Revisit The Annuls of the American Academy of Political and Social Science pg 86 (632) November 2010

[4] The other side of the coin. The UK and Corruption in Africa. A report by the Africa All Party Parliamentary Group, March 2006. (page 45) [online] Available at: <http://www.taxjustice.net/cms/upload/pdf/other_side_of_the_coin_PDF.pdf&gt; [Accessed 21 March 2011]

[7] Kisseke-Ntale, Frederick. Roots of the conflict in Northern Uganda Journal of Social, Political and Economic Studies, vol. 32 No.4 Winter 2007