With the collapse of the Soviet Union in 1990, the West embarked on an aggressive push for the democratization of the African continent. This involved the observance of human rights, multiparty elections and greater transparency.  Despite these attempts, inflexible African elites continue to dominate the modern political landscape. It is these heads of state who determine the political climate that shapes policies which impact economic activity and opportunity.

In Senegal for example, 85 year old President Abdoulaye Wade has been in power for 11 years and announced is running for a controversial third term. Not only does this violate term limits, but he has also proposed two controversial electoral reforms to ensure his victory and in a sheer act of nepotism appointed his son who had no prior political experience to several high level ministerial positions from energy to infrastructure.[1]

Cameroon’s recent elections on October 9, 2011 witnessed 78 year old President Paul Biya beat out 22 other candidates[2] to extend his 29 year rule. Biya’s control over the electoral commission mired the election in fraud, intentional delays and organizational shortfalls. There was evidence of voters casting more than one vote while others were not able to cast any vote at all.[3]

Equatorial Guinea’s 2009 elections brought forth no surprises as 69 year Teodoro Obiang nicknamed El Jefe (the boss)[4] has been in office for last 32 years. His party the Democratic Party of Equatorial Guinea (PDGE) dominates and runs the country as a single party state. Elections held while the PDGE has been in power are considered to be the most ethnocentric, corrupt and undemocratic by International electoral observers.[5]

Despite the perceived dysfunctional political culture that has plagued modern Africa; the winds of change are blowing.  All across Africa, citizens especially the youth are seeking greater demand in the steering of the country.[6] Secondly there is a resurgence of western educated expatriates returning home to Africa with a desire to develop the economic base in the form of entrepreneurialism. [7] Thirdly changes in hiring practices by multinational NGOs are allowing a greater number of Africans to have more access to employment and higher positions. Jobs that were once reserved for educated Westerners are now going to locally educated Africans who can perform the job at a lower cost.[8] These patterns that are taking place in Africa are having a resounding impact on its consumer base and are increasing the ranks of a highly skilled labor force among the local population. The incorporation of western ideals with local culture marks a shift in attitude that challenges the notion of the old guard and its refusal to make room for the next generation. All of this is giving way to a more viable and stable political and economic environment.

Political and Economic trends of the African diaspora

The economic and political power of the diaspora upon the African continent cannot be taken for granted. Diaspora aid in the form of remittances has surpassed international aid on the continent.[9] According to the World Bank remittances in 2007 were estimated at US$30 million and have doubled since.[10] Remittances to Uganda in 2006 were $845 million or 9.3 percent of the GDP and have increased to about $2 billion between 2006 and 2010,[11] while remittances to Kenya were roughly $525 million, 2.2 percent of their GDP.[12]  In 2010, Nigeria’s diaspora remittances totaled $12 billion[13] and rising despite the global economic downturn. These remittances are raising the standards of living as a form of supplemental income that enables family members to pay for school fees, hospital bills and to finance small enterprises along with other goods and services.

Aid from Africans abroad is expanding beyond remittances into long term economic development for their respective countries. For example  on October 2011, the Kenyan Embassy in Washington DC organized an event of over 500 participants to present the vision for a 2030 initiative[14] designed to harness the economic and political power of those in the diaspora to play a greater role in decision making and public policy in Kenya.

In July 2011 the director-general of the Nigerian Stock Exchange (NSE) unveiled the Nigerian Trust Fund which will allow Nigerian-Americans to invest in the Nigerian Stock Market.[15]  He also advised the association to develop a small board of political advisors to lobby on behalf of Nigeria. This trend goes beyond the “brain drain reversal” of African professionals returning from the West to live and work on the continent. Africans abroad are seeking more creative and impactful ways toward developing economic opportunities and political stability.

Africa 2.0 is an advocacy group made up of 250 young emerging leaders from all across Africa and the diaspora. Its aim is to achieve an inspiring and prosperous Africa within the next 20 years.[16] Businessmen, social entrepreneurs and opinion leaders from nearly 40 African countries, six of which are within the top 10 fastest-growing economies in the world, has marked 2020 as a key milestone toward the culmination of this Africa agenda. The agenda addresses key issues such as infrastructure, poverty gap, technology and governance.

It is estimated that Africa’s population will reach two billion over the next 40 years. Currently, of the top ten fastest growing populations; six are African countries which include Uganda, Ethiopia, DRC, Tanzania and Nigeria. Accompanying the rise in population is the marked growth of the continent’s GDP.[17]  Interestingly over the last decade growth rates between Asia and Africa have been parallel and current IMF projections show that Africa will take the lead by approximately 2015.[18]

Following the lead of telecommunication giants Orange and MTN,[19] western retail chains like Wal-Mart[20] are aiming to duplicate similar success with sights on Africa’s growing middle class and their demand for branded goods and other consumer services. The GDP growth of Algeria, South Africa, Nigeria and Morocco makes them attractive targets.

The link between employment and domestic security as it pertains to population growth within emerging economies is of keen interest for both foreign investors and political elites. Creating economic opportunities that will absorb surplus youth population are a priority as no state wants the threat of civil unrest by idling youth or worse ex-child soldiers with scarce employment opportunities. This is a significant issue for African political elites to address as continued socio-economic stability is dependent on it. 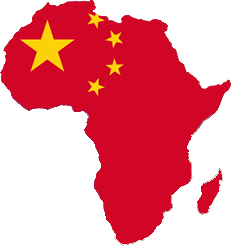 For all the enthusiasm expressed by African elites over China’s spending spree across the continent, there is a growing pattern of violent confrontations between Chinese owned businesses and African employees that is having an adverse effect on the investment climate. The weak enforcement of labor laws within African states has contributed to the lax observance by Chinese companies. The problem has become too large to ignore, as African elites are being forced to address citizen’s concerns for labor and environmental conditions while still maintaining a healthy economic relationship with China. The failure to resolve this issue adequately will result in politicized labor strikes which directly impacts foreign investment, global markets and threaten Africa-China relations.

During Zambia’s elections newly elected Michael Sata ran on a populist platform heading up the controversial labor issue pertaining to pay and hazardous working conditions particularly within the mining sector. On October 15, 2011 Chinese managers from the Collum Coal Mine (CCM)shot and wounded 11 workers who were among a group who brought their grievances concerning unsafe conditions to the mine’s managers (it is unclear what happened between the time workers presented their concerns to management and the shooting). CCM has a long history of unsafe work conditions. For example, in 2009 steam from the mine polluted villages and caused a cholera outbreak. In 2008 the same mine recorded three accidents in one week during which workers received no compensation and accidents continued throughout 2009 and 2010.[21]

In 2010 between 100 and 115 Chinese owned garment factories experienced work stoppages in Newcastle and the Kwazulu Natal province in South Africa. The work stoppages were caused by employees who went on strike and campaigned for minimum wage and safer work conditions.[22] Ghana experienced a similar situation where poor labor practices brought a halt to the construction of a major road in the Volta region. The cause of the work stoppage was due to the non-compliance of labor laws by China’s Jiang International Construction Company over the banning of employees from joining a union and failing to pay compensation after serious injuries occurred. [23] Violent protests by workers against Chinese managers have been reported from Algeria to the DRC.

Although labor relations has been tense between China and African states, both  are currently developing initiatives to bring Chinese owned companies into compliance with local labor laws. These initiatives will address environmental and wage concerns. Resolving these issues is mutually beneficial for both stakeholders as Africa continues to seek to develop its infrastructure and China seeks to meet the demands of its growing economy.

The path laid before Africa is a series of convergences that include multinationals and emerging economies seeking new investment opportunities and resource acquisition. The progressive and active engagement of the diaspora coupled with the repatriation of highly skilled and professional Africans to the continent. A burgeoning middle class placing greater demands on material consumption thereby affecting supply and demand and the inevitable decaying of geriatric leaders whose rule cannot last ad infinitum thus making way for new and effective administration. It is these patterns and trends that are challenging long held beliefs and perceptions of Africa as being the bastion for disease, poverty, corruption and ethnic conflict and in turn making investing in Africa smart, savvy and lucrative.